Preventable yet not prevented: spotlight on prostate cancer 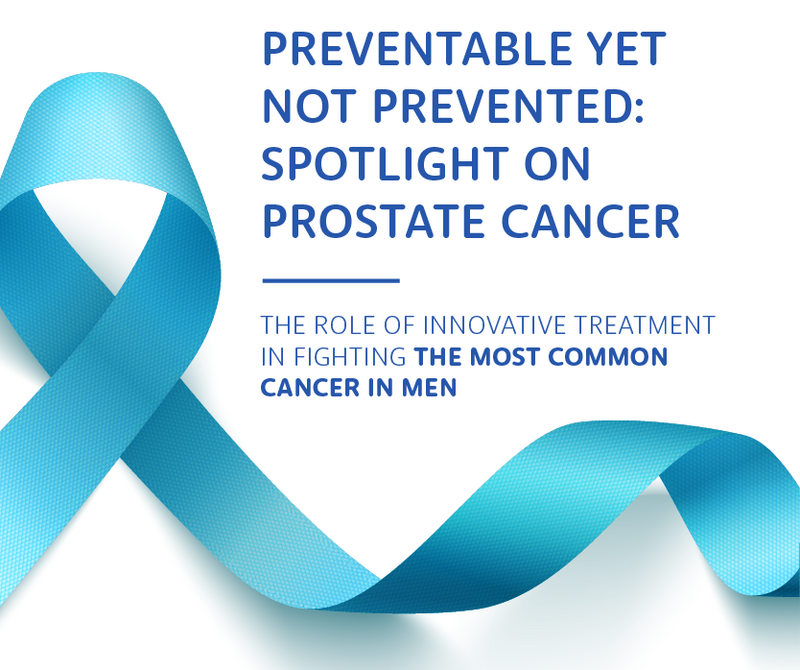 SPARC-Europe fully welcomes the Commission’s proposal for a step-by-step approach to introducing new organised cancer testing in the European Union, as early and accurate diagnosis by strengthening evidence-based screening programmes are core elements of cancer care.

In 2020, the European Commission started the battle against cancer. Through the publication of the Beating Cancer Plan, Health Commissioner Stella Kyriakides made a strong political commitment to tackle each stage of the cancer care pathway – from prevention, and early diagnosis to treatment and quality of life of patients and cancer survivors.

Cancer represents one of the leading causes of death in the EU and is set to increase by more than 24% in the next 13 years. A large proportion of cancers is, however, preventable and their significant burden could be reduced by the widespread practice of screening. The screening practices can help in the early detection of the disease since it checks for cancer before a person exhibits any symptoms.

Council recommendation on cancer screening for breast, colon and cervical cancer, published back in 2003, proved that screening programs can effectively reduce the burden of cancer. Two decades later, and with the collective efforts of many organisations, the EU executive has now published its update, with additional cancers such as prostate cancer, and lung cancer, as well as additional guidance for gastric cancer screening, included.

The proposal presents the best course of action to take in response to the current disease outlook: there are more than two million men in the EU currently living with prostate cancer and each year it claims the lives of 100 000 of them, making it one of the most common cancers among men. Prostate cancer, when discovered early, is curable in its early stages as opposed to its advanced phases.

To reduce the number of prostate cancer patients, the Commission proposes to extend organised screening for prostate-specific antigen (PSA) testing for cancer in men up to 70 years old, combined with follow-up MRI scans for those who have positive results. This follows the publication of a scientific opinion on cancer screening in the EU by the Group of Chief Scientific Advisors.

Prostate cancer has been a silent killer for too long, negatively affecting the quality of life of many men and their families. Our patient-led surveys have demonstrated that the best patient quality of life is obtained by men who have their cancers screened early and who can be treated on active surveillance or, if their cancer is higher risk, with active treatment.’

Although regular screening can help with early detection, advanced prostate cancer is still an ongoing threat to men. Thanks to the advances in cancer research, even men with more advanced stages of prostate cancer can live years with their disease. There are different forms of available treatments, such as surgery, radiation, chemotherapy, immunotherapy, and recently radioligand therapies (RLTs) – with the latter becoming one of the few options to treat prostate cancer that has metastasised.

Radioligand therapies represent a revolution for men with metastatic prostate cancer, who have only a few curative treatment options, and have the potential to drastically change the outlook on the treatment options. This advancement was eagerly awaited for many years by both patients, as well as clinicians, who advocated for new therapeutic options to become available. Given that RLTs provide hope in significantly improving the overall survival of prostate cancer patients and maintaining their quality of life, there is an urgent medical need to ensure the treatment for all in the EU.

Although the newest advances in the field of oncology make prostate cancer treatable, the European approach to prostate screening is extremely timely. Innovative therapies, such as radioligand therapies, provide hope for those with limited options, however, detecting cancer at an already stage can make a significant difference in reducing the burden of disease among men.

We use cookies on sparc-europe.com (e.g. tracking and analytical cookies), with which an analysis and measurement of user data is possible. Further information can be found in the Data Protection Declaration.